Been a while since I’ve sent off pix of boats passing by our Stuart place that I find interesting. Alas, due to a computer switch I have lost all my old emails so I am unsure what older photos I’ve used. But the pix following this were all taken very recently.

Above, a very pretty schooner – looks old, I do not recognize the naval architect. Nice spoon bow, ample bowsprit, and a pert, nicely-raked stern. The topsides are glossy black and note the very cute dinghy in matching black. A sense of harmony. 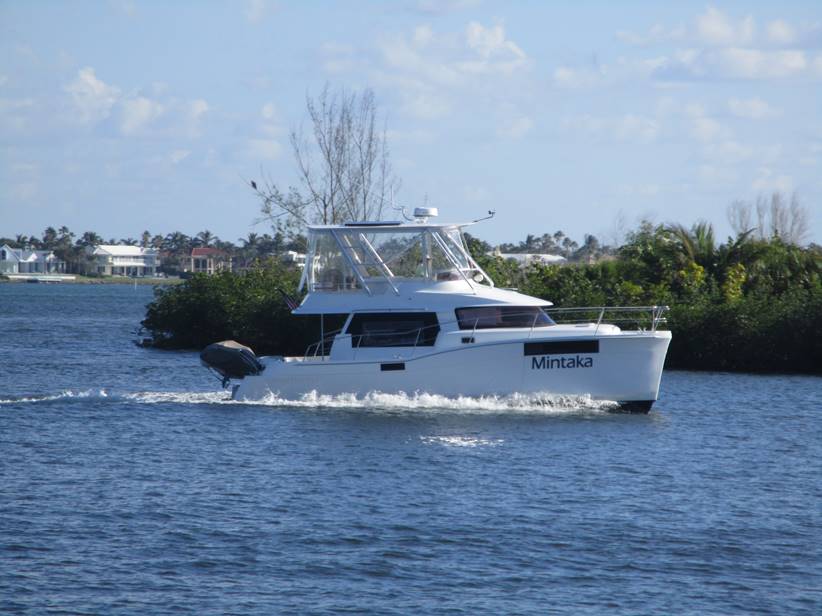 Next is a stubby, modern power cat, beetling along at 12 knots or better. I see more and more power cats passing by – many people agree with me that they offer much to the cruising power boater – they are efficient, cruise at good speeds, take head seas well, and offer much interior space. If I were younger (and richer) . . . . 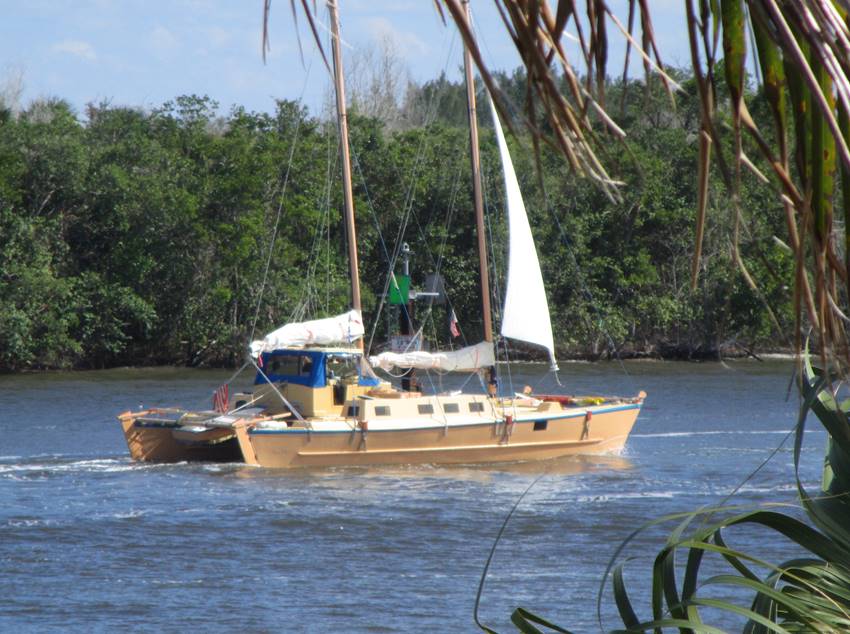 Last is a rare vessel, a beige sailing catamaran designed in almost a Sampan or panga style. It is a schooner, unusual for a small sailing cat, and notice the outboard rudders. Unlike the chunky power cat, this slender-hulled, low-profile yacht will offer squished, minimal accommodations. A shot from another angle shows that what looks like a full-width deckhouse is actually a pair of very skinny deckhouses, one over each hull. Hope the owners are young, lithe and small! 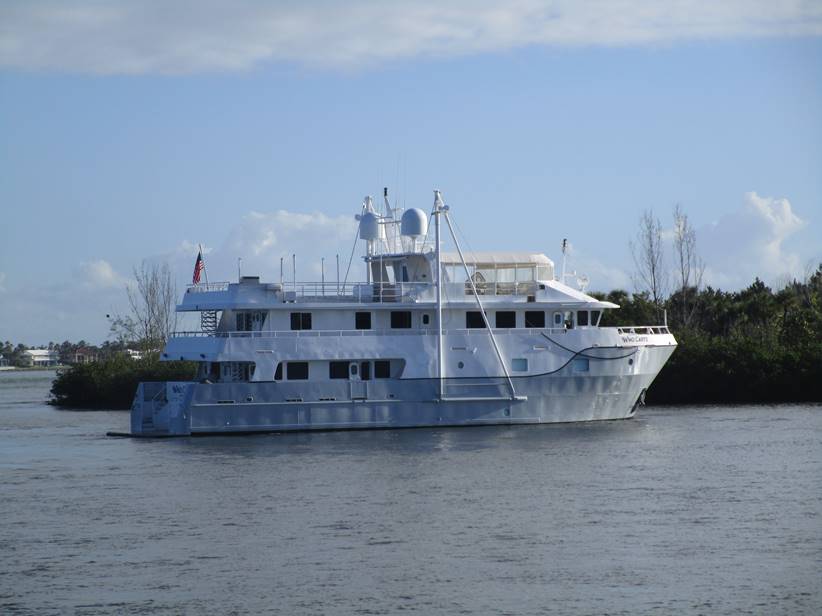 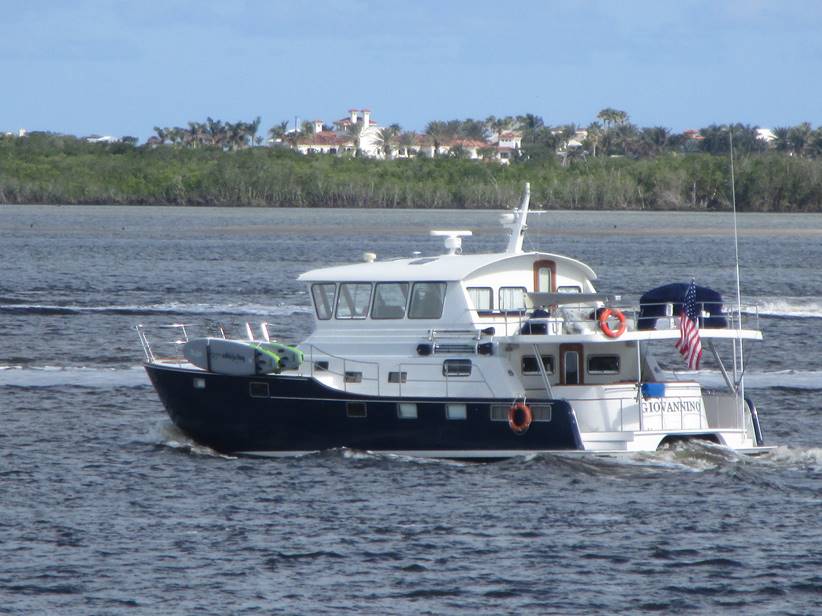 First, a brutal, massive ocean-going trawler yacht. See the crudeness of the construction – the hull is rippled and dimpled due to commercial-grade (or worse) plating – no fairing used, and the steel plates look slapdash. But the owner isn’t concerned – the name of the yacht is “WHO CARES.” Not very maneuverable – as it rounded the corner from the St. Lucie Inlet it was listing to starboard, then it had considerable trouble straightening out to run south on the ICW. This photo shows it heading right into Jupiter Preserve before the captain applied bow thruster and heavy reverse. Next is a darling pilothouse trawler from Canada. That canoe stern is entrancing, isn’t it? Combined with a plumb bow, arched window and mast with davit the look is lovely, although the damned fenders dangling over the topsides mar the appearance. Note how a good-sized tender was squeezed in – it is mounted athwartships sticking out over the side decks. First time I’ve seen that arrangement. A nasty head cracker to someone tootling down the side decks! Finally we’ve got a biggish, multi-level power cat from the drawing board of Ted Hood, better known for his many fine sailboat designs. Although Ted came across as the quintessential traditional Yankee, he was in fact very creative and not afraid to try radical designs. Ted was the first to embrace the use of jet drives on power yachts, and his Whisper jets are still popular. This power cat is very different looking — not too graceful in my opinion. I toured one at a boat show it was a head-scratching warren of odd spaces. He set up a production line for them in Taiwan but I think only about four or five were ever built. I remember seeing one 75% built for sale online years after Ted died. However, I applaud his creativity and here is one with the marvelous monicker “GIOVANNINO” rigged out for fun cruising with paddle boards on the foredeck.

So many cool yachts go by our place – I have dozens and dozens of pix of tiny wanderers, magnificent old yachts, insane monster sportfish, classic cruising sailboats and more. I love the fact that shoestring cruisers potter by in 1970’s Columbia 45 motorsailors you can buy for a song, right next to haughty $5 million Hinckley’s. Everyone can be on the water.