Haven’t put out a Boats to Note email for a long time – just busy. But I have dozens of boats I find interesting/admirable/execrable in my phot archives. Herewith some of each: 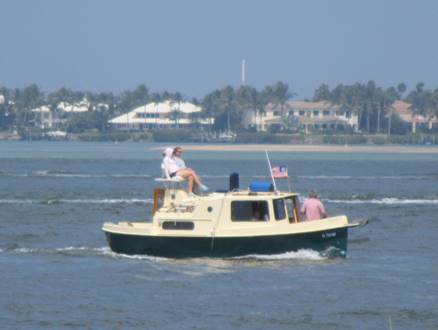 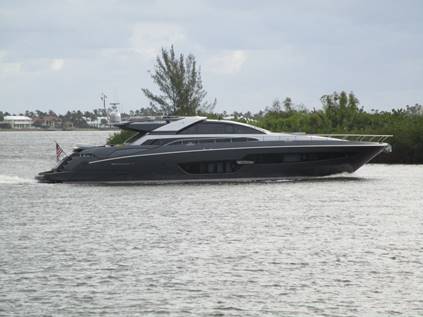 First: Just the cutest little mini-pilothouse powerboat imaginable, out for a daytrip with a couple precariously perched on the saloon roof and a guy watching the scenery slide by from a bow cockpit. Minimal speed, maximum fun.  Second: Complete opposite! Sleek, almost ominous Italian Stallion high-speed cruiser from Riva. Very high quality, bloody expensive, not bad looking example of the macho yachting genre. 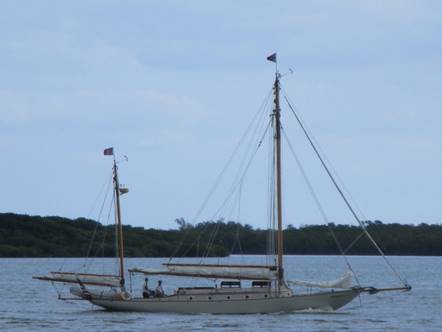 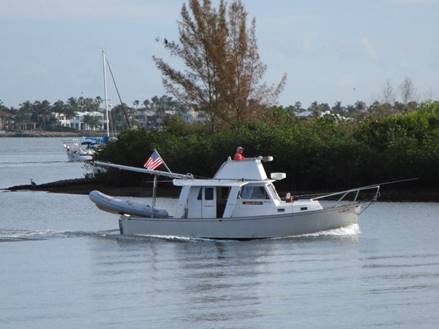 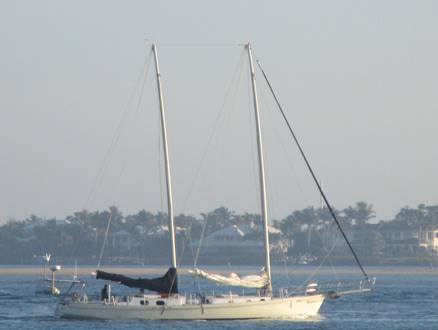 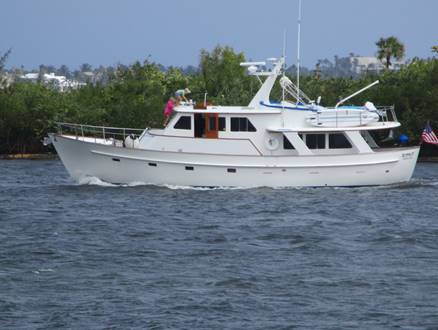 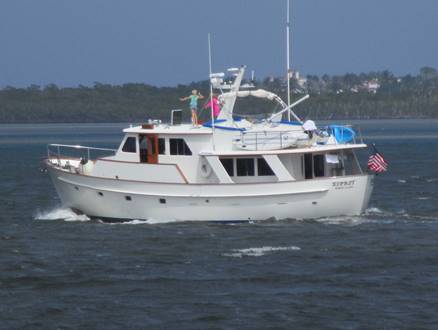 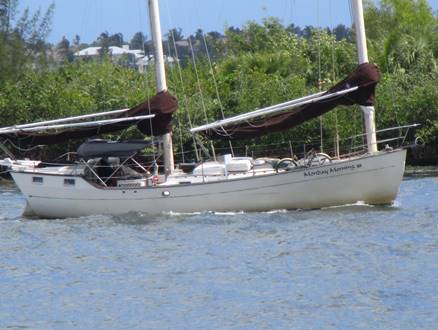 First and second: two photos of salty, double-ended  pilothouse trawler, almost certainly built in Holland or thereabouts. Named “Esprit”, home port a long way away –Seward, Alaska. Look carefully at left photo and see two young girls  clambering up over pilothouse window – next photo shows them happily dancing as Esprit rumbles north on the ICW. There must be a wonderful story there.

Last photo is a Freedom 40 cat ketch named “Monday Morning” , designed and built by innovative yachtsman Garry Hoyt. It was considered highly radical when it was introduced, but many were sold and Garry went on to build other cat ketch sailboats. After selling the business, he started Alerion yachts building classic-looking sailboats paired with fin keel, fast underbodies. A lot of them were sold and are popular today. Gary was a very clever guy.